Just some crap from the past week or so (who's counting?)

So, on sunday I arrived to tampere, as on saturday me and Mr.T decided we should go and see Nightwish on sunday. We did, and in hindsight that might've been a mistake :)

Anywho... arrived to tampere, took a room from a hotel and went to Kustaa III only to notice that Minna was working. She told me she had planned to have some sparkly later with her friend and then go to sleep early, but since I came to town plans tend to chance. Went to the hotel to have a shower and a shave, you know, hygiene and stuff. Then back to Kustaa III where Wille was now behind the bar desk, trying to get me to drink some Jallu. I resisted the temptation (at least at that time). Mr. T came to pic me up and we went to see the NW show. which I thought was decent. 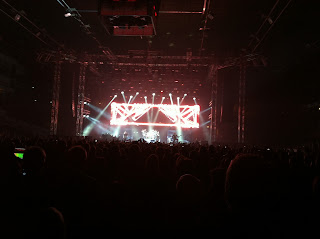 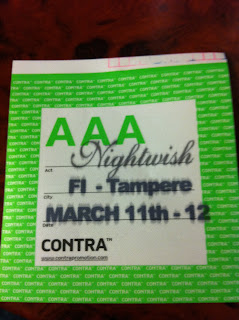 Just because I am so FUCKING important...

Didn't actually even bother going backstage, so the AAA was kinda useless. We left the venue before the last song so we wouldn't be stuck in the masses and the traffic later. Went back to Kustaa III, where Minna and her friend were already waiting, happily intoxicated. Especially Minna, which I found to be hilarious, as usually it's her taking care of me when I'm hammered in tampere:)

Sat around for a while, had a beer or two, still easily the most sober of the bunch, aside from Mr.T who was driving, and sick, and of course Mr.W who was working hard on making the rest of us drunk. I think it was already around 01:00 or so when we decided to go to Jack the Rooster again. Mr.T decided to not to join as he was feeling (and looking) really sick. So suddenly I noticed I was walking the streets of tampere with 3 attractive women while slightly drunk but not wasted. Good times :)

We made sure no one hit their heads or broke any ribs this time and made it to JtR everyone in one piece and bones intact. There I made two mistakes, one is I mentioned to Minna's friend that I find it funny Minna is way more drunk that me. She looked at me, going "Now you told that to the wrong person". For the rest of the night she made me have 2 shots while they had one...

The second mistake was running into Emppu, more shots, hugs and laughs. Gotta love the guy :)
The rest of the night is pretty much history. Woke up safely in my own hotel room, Timo called and we agreed to meet at Kustaa III (yes, I go there a lot when in tampere). Had some coffee, was joined by some acquaintances from last night. Went to eat with a party of 10 or so people, had lots of fun. I decided to stay in tampere for one more night, ended up going bar hopping with Wille and some other dudes and dudettes. No major malfunctions that night. Actually ended up staying for 2 more nights, went singing karaoke on tuesday after pestering Minna for 5 hours in her workplace, that was shitloads of fun as well :) 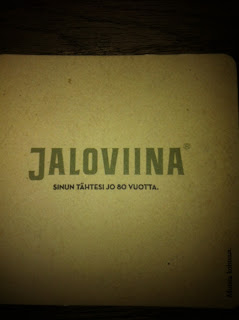 Wasn't actually feeling like hundred bucks when I woke up at 10:00am yesterday to make my trip to helsinki. Made it ok, felt like shit the whole day though. The concert had an all-star cast, played 3 acoustic songs with Timo there, and I don't remember when I would've been that nervous during a show, my hands were shaking and I felt like I was gonna fall of my chair. Maybe it was just delirium. Should still drink less.

Michael Monroe was the last performer of the night, and damn were they good! Great to see guys that age rock out like that, I still have a long way to go apparently :) 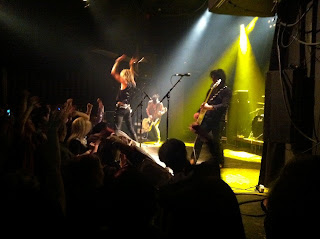 After Monroe finished it was already past midnight, so it was technically already Timo's birthday. You all know what that means...

Actually we just went to Ilves to have one beer and came back to Timo's and had some drinks here. Again, good times:) Not gonna comment on the night too much, except that you really should see Mr.T do one of his dances, I laughed so hard I almost fell from the couch :)