So, the weekend was interesting to say the least. Didn't hit anyone and didn't fuck anyone, so I guess nothing too bad happened. To me that is.

On friday we drove to tampere with my comrade Mr.T to play the show. We went to set up the gear, hooked up with some friends and went bowling. Met two new fellows there, Antti and Petri I guess were their names,  Antti is the ratamestari (I don't know the english word for that, it's the guy who takes care of the lanes in the bowling alley) of the place we went to and Petri is a bowler on the national championship level. Needless to say I didn't have anything against those guys, but I won our "amateur" series (Me, Timo, Wille & Minna). Actually I kinda also won Antti, as he said he'd give me an advantage of 100 points, and he only won me by 30 points or so. Too bad we didn't bet on anything. 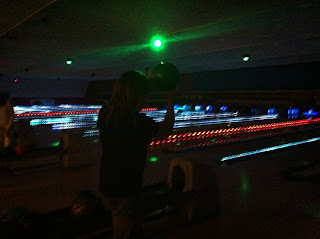 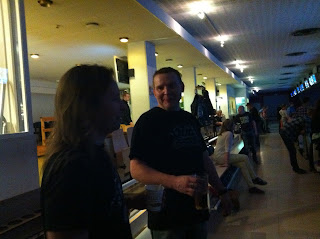 Well, anywho... We played the show, which was a blast, and went out and about like usual. Nothing too rowdy mind you, just hanging. When walking from Kustaa III where Wille works to Jack The Rooster, which is a nice bar in tampere, Antti slips on the ice and falls. Badly. He's unconscious and his head is bleeding. We call for ambulance and Wille says me and Timo should go ahead, as it's pretty cold and there's nothing we can do there anyway.

We went on to Jack The Rooster and were later joined by Wille and Minna. Drank some jallu, met some people, good times. Got some pizza on the way and went to sleep at W&M's place. Woke up with a slight headache, but probably not as bad as Antti. He sent a message in the morning to Minna that he woke up in the hospital with stitches in his head and some broken ribs. These things happen when you roll with us :) I proceeded to facerape Minna (if you don't know what that is google it, it's not as bad as it sounds:) ), she went to work and me, Mr.T and Mr.W went to eat. Did some shopping later and then we left for kuortane, where we were playing that night.

One has to love people in small places like kuortane. We played there about one and a half years ago, which I remember very vividly as my grandfather was hospitalized then and died shortly after. When we were there the first time we tried to go bowling as well, but all the lanes were booked, so we couldn't do it. Well, this time we went to eat in the restaurant adjacent to the bowling alley and thought we'd go ask if there's any lanes free that night. The guy said that he has been sparing one lane for us as he heard that we were coming to town. Fuck what a memory and what a service, so nice people! We bowled with Mr.T , I won.

The show was not very good, the audience was ok but we were both kinda "off", dunno why. These things happen, can't be awesome all the time. After the show we drove back to lappajärvi, as it was less than an hour to drive here, turned on the sauna and started drinking some jallu and smoking some cigars, as I posted earlier. 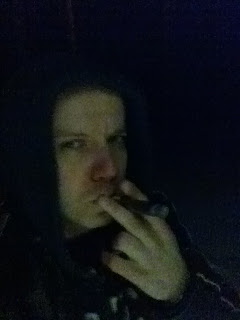 Had awesome time and ended up pretty damn hammered, listening to this on volume that would kill mere mortals. Woke up after six in the evening today, way to go our team. We were supposed to get some work done today, but somehow that didn't happen :)

I'll remedy that tomorrow, now I think I have to catch some sleep again. Didn't have a real hangover for some reason, would've definitely deserved one, but I am tired as hell. Fuck the Metal!