The Mac is back

Which makes me a happy camper indeed. Nice to have a working computer for a change. Yesterday we went to see Judas Priest and Hammerfall at the ice hall. Timing was perfect as we arrived when Hammerfall started playing their last song of the night, "Hearts on Fire". Not a big fan of the band so I didn't mind missing most of their show.

Priest was, well... Priest. I thought it was pretty good, albeit a bit long show. The thing I remember the most about the show is the fact that Rob Halford changes clothes during the show more often than Lady Gaga. Honestly, some of the pieces were pretty damn horrid, but who am I to judge the fashion sense of the Metal God himself :) 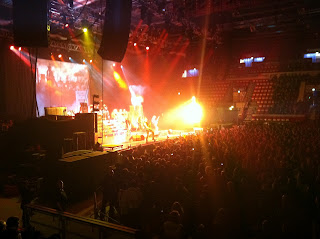 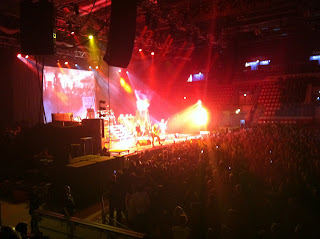 Now I'm trying to wake up and have some coffee, soon we are Heading Out To The Highway with Mr.T, Lappajärvi rockcity is what lies in store for us for the next 3 weeks or so. I'll have some coffee and a morning cig now, later people!
Posted by Jani Liimatainen at Monday, April 23, 2012