Back to the soberness + some news

So, yesterday was the party-party-day, feeling surprisingly well all things considered :) We consumed large quantities of alcoholic beverages -including but not limited to- beer, lonkero, wine and cognac. Went with misters Waho, Tepponen and Railio to see Mr. Anssi Kela perform at the Virgin Oil, shitloads of fun :) 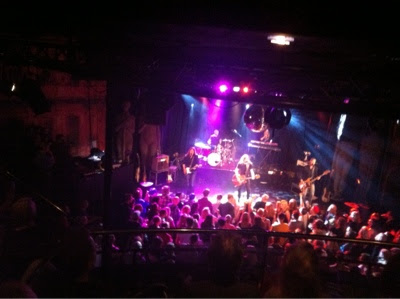 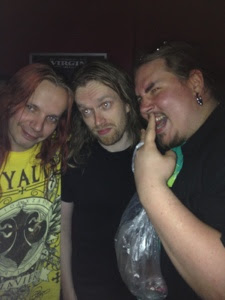 In other news: a lot of people have been telling me they would like to see/hear me playing the electric guitar again as well, and now comes your chance: I will be joining the wonderfully large Voice of Finland-winner Mr. Antti Railio and his band for some shows during the summer. I will most likely do at least 8th of June in Kokkola, 15th of June in Jyväskylä and 29th of June in Himos, so if you feel like seeing some cool shit, now's your chance :)

I have to start rehearsing the Railio setlist next week, as the first week of June is fully booked in my calendar already. 3rd and 4th I'm starting my studies at the conservatory, 5th and 6th we are mixing the Sydänpuu-single at Tico-Tico Studio, 7th I'm playing an acoustic show in Tampere with Mr. Kotipelto, and 8th I'm performing with Mr. Railio in Kokkola. Now I'll try to chill and take it easy for the rest of the day, tomorrow I'll have to get back to work again.