In 3 hours. I prepared myself by buying 3 litres of wine, so I am set.

I have my glass of white, so here we go.

Sounds pretty nice. Good singer, the chorus melody is kinda cliché-ish, but it works, I like it.

The singer is somehow off-putting, the song doesn't touch me either. The rock-thingy sounds forced. Not my cup of tea this one. 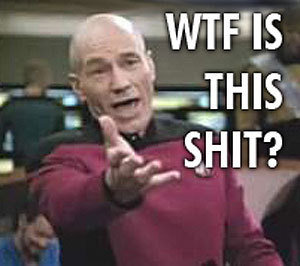 No, no, no.... What the fuck is lady Shitting Bull doing with the feathers and shit?  The apache of Amsterdam??? This demands me upping my alcohol intake immediately. BOO!!!!

Sounds swedish again: kinda professional, definitely lame. Also kudos on such an original name, "This is the Night". I can't figure out where I would want to listen to this, as there is so much better stuff to listen to when in a club, and anywhere else this sounds sooooo stupid. Also, the girl sang like shit on her "solo break" or whatnot.

I lol'd when this started. The song is sooo cliché and the guys look like a boyband trying to look tougher than they are. Also the vocal harmonies are out of tune, which is kinda bad when that's the actual hook of the song :)

5 down, Serbia my definite favorite so far.

Interesting song, as in I have absolutely nothing to say about this. It's not bad, it's not good, it's totally mundane. Which is an accomplishment in itself.

Well aren't we shiny-happy and hugging the world. The color of her voice is kinda annoying, as is her singing technique. She's not quite as good as she thinks she is, which results in trying too hard. The song is pretty boring, I don't know what is supposed to be the hook here, it's just crap.

Again music for clubbing, this one better production than the previous. The singer is a bit out of tune and shrieky though. I don't like this.

This one sounds good, she sings very well. Too bad the girl singing the "ooh" part is off-tune. This might be my favorite so far, pretty melody and good singing. Coolio. Apparently the co-writer of the song also wrote the song "Molitva", which won back in the day. I like that song a lot, it deserved to win.

Another eurovision-power ballad, professional, yet leaves me cold. This is a solid effort, but lacks personality. Also the male dancers only look a "tad" gay :) The double-time feel was a good idea, the song actually picked up now. From 7 to 8- or so.

This is supposedly some kind of favorite to win. But swedes always think they are, so I wouldn't put too much weight of that :)

Oh, I've actually heard this one before, in Voice of Finland I think. She could fucking enunciate, I can't figure out the lyrics :) This staccato-vocal thing seems to be big in the dance circles now, everyone is doing it. She sings it very well live though. This is very professional though, and not in a bad way necessarily. I can't really say anything bad about this, but it doesn't blow my mind either.

Love the outfit he begins with :) WTF??? It started kinda good, then it turned into disco-vaudeville-broadway-bollywood-crap, it really can't seem to decide what it wants to be. Always fun to hear singing with a very broken english. Really crappy song actually. Blah....

The singing is less than impressive here, and again with the fucked up english. Song sounds like The Fiddler on the Roof eating kebab... Not much to say here, this is just plain bad.

Wow, and actual song for a change... One of the better singers today, nice sound and some rock edge on the high end of the range as well. If only this song had a killer chorus. It doesn't...

Wow, this starts well. This is almost fucking metal :) Decent singer, a bit off-tune though, kinda shouting at times. Refreshing to hear a rock song, would be even better if it was a great rock song. Now it's just, well, ok. I wouldn't buy the album. But he definitely has the 80's hair metal-thing down. The more aggressive screaming parts sound actually good, the song as a whole doesn't really work thought. Damn...

Oh nice, what a pretty boy... Too bad he can't sing, at all. WAY out of tune. The song is crap, I've heard shit like this done better a million times. Btw, hands up if someone thinks this song and performance reminds you of Norway? Yeah, didn't think so... Blaaaaah....

A girl and a piano, nice. Sounds pretty, not very catchy though. I can't really grasp the song, what is the chorus? What is the hook?

Is wearing a blindfold while singing a song "Love is Blind" underlining it a bit too much? I think so:) He sings well though, although his accent is kinda funny. The song really doesn't do much for me though. The guy is trying to pull of somekind of Michael Jackson shit as well, might want to skip that next time.

All in all I think tuesdays semifinal had way better songs, this really didn't do much for me. I think Sweden is a safe bet for the finals, and I hope Slovenia goes through as well. Other than that, I don't fucking care, this was kinda boring.

The number before the results had a really interesting idea, but man, Dima Bilan was soooo out of tune! Molitva is still a great song, love it :) Rybak's song is still catchy as well, but he too sounds waaaay off-tune. They're not competing so couldn't they just do this playback so we'd all have more fun? The version of the German winner sounded really interesting with the azeri-instruments, never liked the song too much though. But why the fuck is Waterloo here? I mean it's a good song, but the rest are somewhat recent winners. I don't get it...